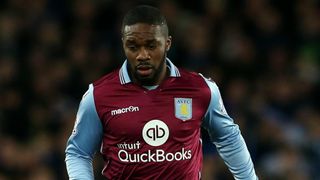 Charles N'Zogbia looks set to depart Villa Park after falling foul of a third successive manager at Aston Villa, with Remi Garde confirming there is interest from Greece.

Paul Lambert, Tim Sherwood and now Remi Garde have all dropped N'Zogbia from first-team duty and the out-of-favour Frenchman is now reportedly on the verge of a move to AEK Athens.

N'Zogbia has struggled for game time under Garde, who initially picked him in his first two teams, and has been training with the club's Under-21 side.

Garde revealed a Greek team had asked about the player's availability, adding it is unlikely N'Zogbia would play for the club again.

"I've got some phone calls for Charles," said Garde.

"A Greek club in Athens, yes. Charles is a player that could leave the club but this is his decision mainly.

"I'm not here to make advertising for any of my players and I won't speak about any price.

"You never know in football but for the moment he's not playing for me."

Garde also ruled out the possibility of loaning out midfielder Jack Grealish.

"I wouldn't have started a player a week ago [against Sunderland] and now say he can go on loan. I rely on Jack, I am just waiting that his performance, like other players, gets better," he said.

Villa will put their relegation battle on hold for a week as Garde turns his attention to FA Cup duties against League Two outfit Wycombe Wanderers on Saturday.