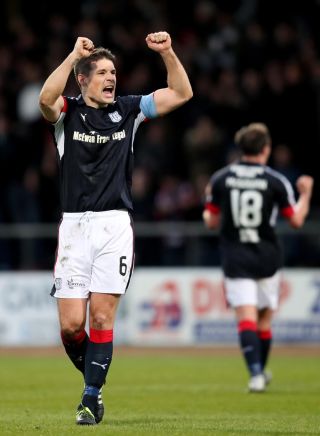 The former Celtic and Republic of Ireland centre-back revealed he would be focusing on coaching, three days after Dundee were relegated from the Ladbrokes Premiership.

The 32-year-old wrote on Twitter: “I’ve decided to retire from full-time football at the end of the season.

“It’s been a difficult decision as I feel I have plenty left in the tank but my passion in life is now in another part of football – coaching.

“My path in coaching started four years ago and I’ve become obsessed with it. It’s a career I can’t wait to begin.”

The former Reading, Ipswich, Leeds and Blackpool player, who has also played in Ukraine, Canada and India, thanked his former colleagues, managers, and his family for travelling around the world with him.

“One special person I want to mention is Tommy Burns,” added O’Dea.

“The man signed me at Celtic and started the whole dream off. He might have left us in body but he’s never left in spirit.

O’Dea concluded: “Last but certainly not least I want to thank the supporters of each club I played at.

“Some thought I was good, others maybe rubbish but I’m pretty sure every supporter that watched me would say I gave 100 per cent every time I played. That’s enough for me.”