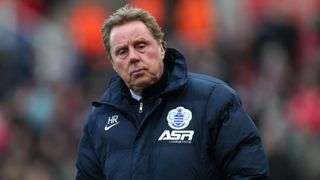 Slovenian club Olimpija have opted against hiring Harry Redknapp, describing a potential move as too risky.

Redknapp, 68, last worked in management when he left QPR in February 2015, but was seemingly set to be offered a way back in by Olimpija.

Milan Mandaric, the club's owner and Redknapp's former boss at Portsmouth, ruled out a move for the former Tottenham manager.

"I know that recently there has been widely publicised talk about the arrival of my good friend and former colleague at Portsmouth, Harry Redknapp," he said.

"I assure you that there is nothing in this, because we cannot afford too much risk.

"At the moment, Olimpia need someone to be able to very quickly adapt to the Slovenian football environment and culture."

Olimpija are three points clear at the top of the table ahead of the season resuming in February.