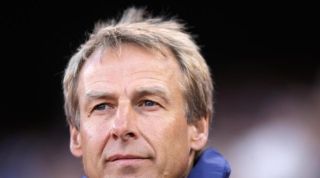 Klinsmann suggested it would be tough for national team players to maintain their levels of performance if they returned to play in the USA's top flight.

But Rawlins, whose team will join the league in 2015, said MLS is improving and has a "great future".

"The MLS is just getting better and better year on year," he told a news conference.

"The quality of play, the style of play. The quality that is coming in, players are getting younger and better.

"This league has got a great future regardless of what Jurgen Klinsmann says."

Orlando and New York City both enter MLS next year, having signed the likes of David Villa, Frank Lampard and Kaka.

Rawlins said the play-offs are the aim for Orlando in their first year.

"We've said since the beginning that we want to be competitive in the MLS, and that for us means we are going for the play-offs in the very first year," he said.

"We know it's difficult, only one team has done that before and that is Seattle but we don't see why we can't be the next team to do it."

"Kaka is an international superstar," he said.

"He's respected across the game and around the world and I think he's going to be a great advocate to sign even better, great players to bring to Orlando."