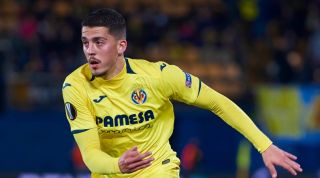 The Guardian claims talks between the two clubs have gone well and the deal is set to be confirmed very soon, although the attacking midfielder still needs to agree personal terms.

Negotiations have been helped by the fact that Hammers director of football Mario Husillos knows the Spain international from his time at Malaga.

Manager Manuel Pellegrini is eager for his side to conclude their business early and the addition of the 23-year-old will add some more creativity to his midfield.

The Premier League side are still on lookout for a new striker after the departures of Andy Carroll and Lucas Perez.

Celta Vigo forward Maxi Lopez remains a target, but an agreement remains distant at this stage.