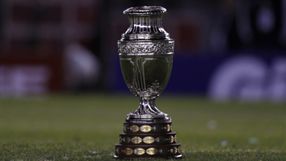 CONMEBOL announced on Wednesday plans for a 16-team tournament to be held in the United States which they dubbed the 'Centenary Copa America'.

The body said that the teams taking part would be its 10 member nations plus the United States and Mexico and four other teams from the CONCACAF region, covering North and Central America and the Caribbean.

But on Thursday CONCACAF said in a statement that "further negotiations are required before a final agreement has been reached".

CONCACAF general secretary Enrique Sanz said that while the tournament was a positive proposal his body had not yet agreed to it.

"Even though playing the 2016 Copa America in the CONCACAF region with our teams and those from CONMEBOL would be a wonderful experience for all fans, we are still in the midst of talks and negotiations between all parties involved in this decision," Sanz said in a statement.

"This is an idea we are hoping to materialize but we are still evaluating and discussing before it becomes official, but the intention is definitely there."

United States Soccer Federation president Sunil Gulati noted that, as proposed hosts, his U.S organisation had not yet agreed to hold the event.

"While the idea of a Centennial tournament with some of the best teams in the hemisphere is certainly intriguing, it is not something we have agreed to host or participate in at this time," he said in an email.

"As CONCACAF stated, there are still a number of discussions that need to take place with CONMEBOL. U.S Soccer would also need to be involved in discussions about hosting the tournament.

"We're looking forward to those discussions in the near future," he added.

Mexico, the United States, Costa Rica, Honduras and Japan have played at the Copa America as guest sides in the past.

The proposed 2016 tournament would be held in a busy spell for international football with the Olympics in Brazil in August and the European Championship in France in June and July, while South America often holds World Cup qualifiers in June.

The tournament would need to be endorsed by world governing body FIFA, featuring on its calendar, in order for leading European clubs to release their top players from the Americas.

The Copa America is the world's oldest active tournament since the demise of the British championship involving England, Scotland, Wales and Northern Ireland.

Uruguay, who beat Argentina in the inaugural final in 1916, are the current holders. They won a record 15th title last year in Argentina. The next tournament is scheduled to be staged in Chile in 2015.