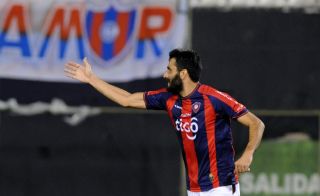 Cerro, who reached the Copa Sudamericana quarter-finals on Tuesday, climbed to third in the league with their 1-0 Clausura win at Nacional Asuncion.

The win was Cerro's third on the trot in the league as they moved within five points of leaders Guarani.

Diaz, who made his debut in June, scored his first senior goal in the 34th minute for Cerro.

And that proved enough as they moved ahead of Nacional in the table.

Guarani leapfrogged Olimpia and claimed the league lead after their 2-1 win on Saturday.

Federico Santander fired Guarani ahead in the seventh minute and although Christian Ovelar levelled for Olimpia, they lost it late.

Libertad dropped to fourth after their second loss in a row - a 1-0 defeat at Sportivo Luqueno.

And 12 de Octubre's clash with Deportivo Capiata was postponed due to the latter's involvement in Copa Sudamericana.