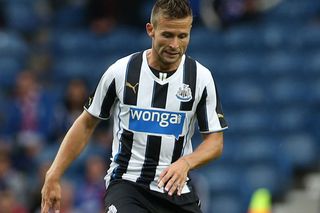 According to his manager, the bid caused Cabaye - who joined Newcastle from Lille in 2011 - to have his "head turned", which upset the 52-year-old.

However, Pardew revealed that no further bids had been received for the 27-year-old and admitted that he had told the Frenchman to be ready for their next league match.

"I've said to Yohan that I expect him to play this weekend," he said. "Is he receptive? I think so but we'll have to wait and see."

The Newcastle boss underlined his desire to keep hold of Cabaye and strengthen his squad ahead of the transfer deadline.

"I hope I can keep all my players," he added. "You don't want to lose world-class players like Yohan Cabaye and we will hopefully add one or two."

Loic Remy has been the only addition to Pardew's squad, but a move to bring Demba Ba back from Chelsea has also been mooted.