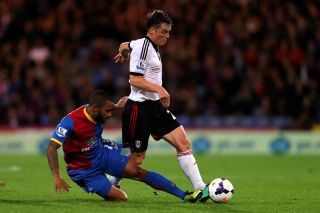 The England international believes the 4-1 victory at Selhurst Park, coupled with a 1-0 success over Stoke City the previous weekend, may prove pivotal in finally ending a slugging start to the campaign that had seen manager Martin Jol's position placed under scrutiny.

Stunning goals from Pajtim Kasami and Steve Sidwell put Jol's side on course to victory over Palace and next up for Fulham on Saturday is a trip to high-flying Southampton, who currently sit sixth in the Premier League.

Parker is keen for his team-mates to combine their attacking prowess with a stronger defensive showing.

"Going into the game (on Monday) it was pretty tense and I think it was a big game for both of us," he told Sky Sports.

"Our team is very attacking, the goals the other night and the way we won the game, we have certainly got that in our locker, but we also need to have the other side of it as well really.