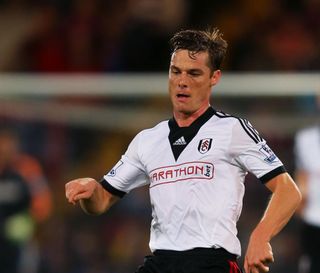 The former England midfielder missed a month of action due to a knee injury before returning for a 3-1 defeat at his former club Tottennam on Saturday.

Parker was withdrawn 10 minutes after half-time at White Hart Lane, but says the problem was not related to his earlier affliction, and he hopes to be able to contribute to the team's ongoing fight against relegation.

"It was a bit unfortunate as I got a dead leg early in the game and sometimes you can play through that but this one was quite bad," he told the club's official website.

"Once half-time came the leg really starting filling up with blood so it was very difficult for me to move.

"That's why I ended up coming off, but it's getting there. I'll be okay for the weekend, touch wood.

"I'd been out for some time with my knee which I'd done in training.

"I've come through the other side of that now so if the manager picks me and I'm in the team I need to just hit the ground running and give everything I can, along with everyone else."