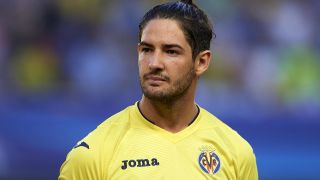 Pato, 27, made the switch after a brief stint at Villarreal, where he scored six goals in 24 games in all competitions.

The former Brazil international joins a Tianjin side who are coached by Italy great Fabio Cannavaro and were promoted to the Chinese Super League for the 2017 season.

He will link up with Belgium midfielder Axel Witsel and fellow Brazilian Geuvanio at the club.

Pato made his name at Internacional and Milan before injuries derailed his career, a spell at Corinthians followed by loan stints at Sao Paulo and Chelsea.