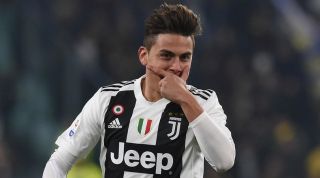 Juventus are yet to receive any concrete bids for Paulo Dybala, report the Independent.

The Serie A champions are open to offers for the Argentina international, but Dybala doesn't seem in a hurry to leave.

Dybala was also in talks over a switch to Tottenham, but that deal collapsed due to complications over the player's image rights.

Maurizio Sarri has hinted that he could leave the attacker out of his 25-man Champions League squad.

But Juve are still struggling to shift Dybala, who scored only five goals in 30 Serie A outings last term.