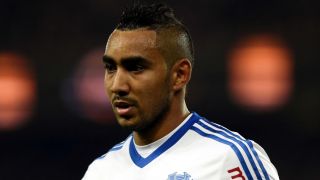 Payet was unveiled as a West Ham player on Friday and arrives in England following a season in which he created more chances (135) than any other player in Europe's top five leagues.

The signing of Payet is a statement of intent from the West Ham hierarchy ahead of next year's switch to the Olympic Stadium, which with a capacity of 55,000 is considerably bigger than their current Upton Park home.

And the 28-year-old France international is determined to play his part in helping the club grow on and off the pitch.

"In coming here I've taken into account the new stadium and that's obviously part of the project," he told West Ham's official website.

"You move to a new stadium with ambitions, but first things first, let's have a very good season this year.

"A new stadium always leads to progression and of course I think that this new stadium can advance the team and the club.

"I've been involved in my fair share of history, so to speak, what with St Etienne, Nantes and Marseille. So I'm looking forward to playing a part in this history, because it has a magnificent feel about it."