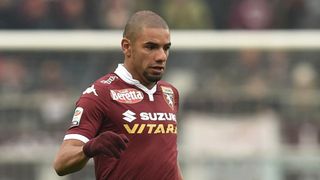 Torino right-back Bruno Peres is flattered by rumours linking him with a move to Bayern Munich, Paris Saint-Germain and Real Madrd, but said he remains focussed on his Serie A club.

Brazilian Peres has impressed for Torino since moving to Italy in 2014, attracting the interest of some of Europe's elite.

He played 34 league games last season, chipping in with three goals - including one amazing solo effort in a 1-1 draw against Juventus - and has started 16 games in all competitions this term.

"[The rumours are] pleasing and I am flattered, as every player when he starts his career, I dream of reaching a big club," he told Sky Sports Italia.

"At this moment, though, I am focused on helping Toro. I have to first of all help my team and will think about my future later.

"I must work to improve and mature, as that is the only way to achieve results. It's a difficult moment, but we must remain united.

"I listen to everything Giampiero Ventura says, as the coach has the team's interests at heart. I have a long way to go and this is why I work so hard."