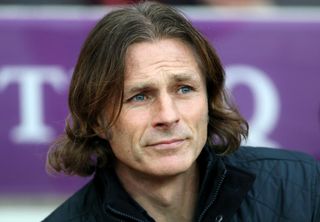 Wycombe manager Gareth Ainsworth will be without Giles Phillips for his side’s Sky Bet League One clash against Blackpool.

Phillips is suspended after he was sent off in Wycombe’s 4-0 defeat against Peterborough.

Scott Kashket continues to be unavailable following his two-month ban for  betting offences.

Fred Onyedinma and Jack Grimmer (both pelvic) and Alex Pattison (groin) are also sidelined, but David Stockdale could be involved after joining on loan from Birmingham.

The 21-year-old, who played in the Foxes’ FA Cup win at Brentford on Saturday, completed his loan switch to the Seasiders on Monday.