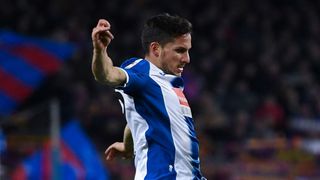 Espanyol have triggered an option on Pablo Piatti's loan deal from Valencia to secure his services on a three-year contract.

The 28-year-old spent the 2016-17 season at the Estadi Cornella-El Prat, featuring in 30 LaLiga matches and scoring 10 goals.

That temporary arrangement had a clause to make the move permanent and Espanyol confirmed his capture on Wednesday for a total cost of €1.5 million.

The Argentinian – who has one cap for his country – had fallen down the pecking order at Valencia, the club he joined from Almeria in 2011.