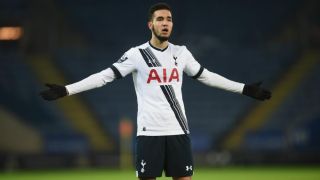 Mauricio Pochettino has confirmed that Federico Fazio, Nabil Bentaleb and Alex Pritchard should not expect to play a part for Tottenham this season.

The trio were left out of the Spurs squad for the International Champions Cup matches with Juventus and Atletico Madrid this week, along with forward Clinton N'Jie, who has been linked with a move to Marseille.

Pochettino claims N'Jie was left back in London due to injury but indicated that Fazio, Bentaleb and Pritchard may all begin looking for new clubs.

"N'Jie is injured - he is in London and not available to come," he said ahead of Tuesday's clash with Juve in Melbourne.

"The situation of other three players is very clear. They are not in my plans."

Pritchard has struggled to recover his most promising form since sustaining an ankle injury in the 2015 European Under-21 Championships, and spent an unsuccessful period on loan with West Brom last season.

Bentaleb managed just five Premier League appearances in 2015-16, while Fazio - who re-joined Sevilla on loan for the second half of the campaign - has been linked with a permanent move back to Spain.