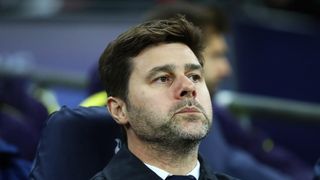 Tottenham boss Mauricio Pochettino feels Premier League clubs have a "complete disadvantage" in the transfer market due to the window shutting earlier in England.

Spurs and other top-flight sides will be unable to buy players after August 9 this year after voting to bring forward the end of the window to before the Premier League season begins.

However, teams across the continent can still do business for the remainder of August, and Pochettino, whose club are yet to sign anyone this window, has deemed the situation unfair.

"If you compare with Europe, I think you are in complete disadvantage and sure it does not help the clubs in the Premier League," he said.

"We are all in the same situation in England. It's clear that today I don't know if the rest of the teams are happy with that decision.

"Personally, I think it's not right. I think it's right if you agree with all of Europe and all the different countries.

"It wasn't my decision. I never gave my opinion on that."