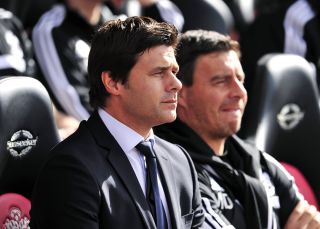 They have lost just once in their first seven fixtures but are sure to face a stern test at Old Trafford on Saturday against defending champions Manchester United.

Pochettino says his team will enter the match in a confident frame of mind but added that he is determined to keep them grounded.

"It's one thing to be confident, but another to be complacent," Pochettino said.

"We will have to work hard to get something from this game. The players fully believe in how we're playing, and that enables us to get the results we're getting.

"We need to keep our feet on the ground, though. There is a lot of the season left to play.

"Teams are already looking at us in a different manner and respecting us more. With every win, matches become harder."

Pochettino refused to be drawn into discussion about his alleged strained relationship with Uruguay midfielder Gaston Ramirez.

Ramirez – who joined Southampton from Bologna for £12million last year – is yet to start a Premier League match this season.

He has started twice in the League Cup, scoring on both occasions, but is reportedly frustrated at Southampton, with the player's agent, Pablo Betancourt, fuelling the fire by telling the media that the pair did not get on.

"I make decisions based on the performance of the team and the good of the team. I have no preference on the players available," Pochettino said.

"I have 24 players available. It is a mathematical equation..11 start the game, seven are on the bench and five or six have to be left out."