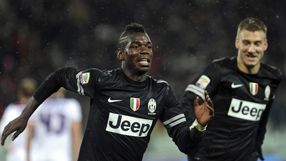 AS Roma, involved in a row on Tuesday after a train was diverted from its normal route to drop the team off at Parma, lost 3-2 in heavy rain as they continued their topsy-turvy season.

Zdenek Zeman's side have the best attacking and worst defensive record in the league with 22 goals scored and 19 against in 10 games.

Inter Milan moved into second place after second-half goals from Diego Milito (penalty), Rodrigo Palacio and Fredy Guarin gave them a 3-2 win at home to Sampdoria while Napoli lost 1-0 at Atalanta and dropped to third.

A spectacular volley by Chile midfielder Carlos Carmona was enough for Atalanta to beat Napoli, who were missing Uruguay striker Edinson Cavani through injury and again suffered away from home.

Napoli have a 100 percent home record but have managed only two wins in five games on their travels.

Irrepressible 35-year-old Antonio Di Natale scored twice for Udinese, a penalty and a last-gasp equaliser, in a 2-2 draw with Catania, taking his tally to six in the league.

Juventus have taken 28 points from a possible 30 and are four ahead of Inter, with Napoli on 22.

Bologna equalised when an attempted clearance by Paolo De Ceglie landed at the feet of Saphir Taider who fired a low shot past Gianluigi Buffon from just outside the area.

Roma, who came from two goals down to beat Genoa 4-2 10 days ago and did the opposite in a 3-2 defeat to Bologna at the weekend, this time scored first through Argentine Erik Lamela.

On a barely-playable pitch, Parma replied through Ishak Belfodil, later sent off in the 85th minute, and Marco Parolo in a three-minute spell before halftime and Cristian Zaccardo extended their lead in the 65th minute.

Francesco Totti pulled one back, scoring at the second attempt after his penalty was saved by Antonio Mirante.

Roma travelled by train to the match but other passengers were not amused when it made a diversion to Parma on its way to Milan, causing a 40-minute delay.

Consumer watchdog Codacons lodged a complaint and operator Trenitalia, who said that it had announced the change of route beforehand, offered passengers a partial refund.