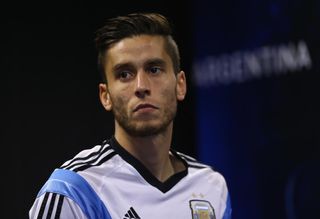 The Argentine forward agreed a season-long loan with the Premier League side before the transfer window closed much to the delight of his new head coach.

Alvarez scored four goals from midfield in Serie A last season and Poyet is convinced the 26-year-old will bring a new level of quality in attacking positions for his side.

"Ricky is an exciting player to watch," said the Uruguayan. "He is technically gifted and can do things with the ball that the rest maybe cannot with that last pass, assist or option.

"Sometimes when a team drops deep it becomes difficult to break them down but he has the ability to break those lines and give us something special.

"Ricky will play well, maintain possession and if we make sure he gets the ball in the right area he will be great to watch because he will do so many things."

Sebastian Coates also arrived at the Stadium of Light on loan from Liverpool and Poyet has backed his compatriot to show his quality after struggling to break into the first team at Anfield.

He added: "When Seb came to England I said that he had all the attributes to be a perfect centre-back, he has the size, the ability, the aggression and the commitment, but sometimes when you go to a club things change very quickly.

"That happened at Liverpool with the manager and then he got an injury so he slowly found himself out of the team, but it is a good challenge and we will help each other – we will help him to come back to the international level he was before and he will help us be competitive."