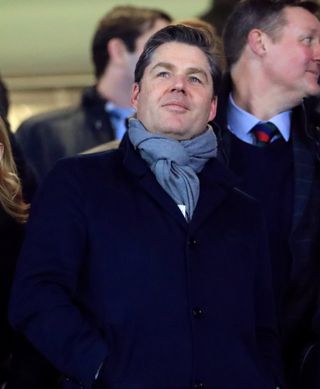 It is the first time the governing body has commented publicly on the matter, which has engulfed the city since news of PCP Capital Partners’ largely Saudi-funded £340million bid was made public in April.

In his letter to the Newcastle Central MP, Masters wrote: “I fully appreciate that the issue of a potential change in the ownership of Newcastle United Football Club (NUFC) is of great importance to you, as the MP for the area and as a fan, as it is to NUFC’s entire fanbase, and I would like to deal directly with the questions you raise.”

Masters confirmed that after an impasse was reached in the league’s owners’ and directors’ test, Amanda Staveley’s consortium, under which Saudi Arabia’s Public Investment Fund is seeking to buy an 80 per cent stake in the club, declined an offer of independent arbitration.

“In this matter, the consortium disagreed with the Premier League’s determination that one entity would fall within the criteria requiring the provision of this information.

“The Premier League recognised this dispute, and offered the consortium the ability to have the matter determined by an independent arbitral tribunal if it wished to challenge the conclusion of the board.

It is a testament to fans campaigning that the @premierleague have responded to me.— Chi Onwurah (@ChiOnwurah) August 14, 2020

“The consortium chose not to take up that offer, but nor did it procure the provision of the additional information. Later, it (or PIF specifically) voluntarily withdrew from the process.”

Masters’ comments came after the consortium withdrew its bid for the club having waited in vain for the green light, although current owner Mike Ashley has insisted he remains committed to the deal 17 weeks after the matter went to the Premier League.

However, the league’s chief executive also dismissed suggestions that rival clubs had vetoed the deal.

He said: “The owners’ and directors’ test is delegated to and carried out entirely by the Premier League Board. Other member clubs have no role whatsoever in the approval process.”