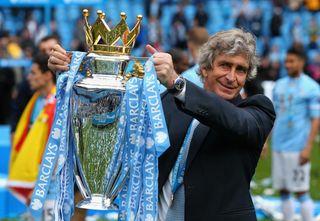 England's top-flight clubs once again generated the highest revenue of any league in Europe, followed by the Bundesliga (£1.7bn), La Liga (£1.6bn), Serie A (£1.4bn) and Ligue 1 (£1.1bn).
And a further increase has been forecast for Premier League teams, on the back of new broadcast deals and commercial growth.

However, Deloitte's Annual Review of Football Finance also revealed that 75 per cent of the increased revenue was spent on wages.

Salaries increased by £125 million to £1.8bn, resulting in a record high wages-to-revenue ratio of 71 per cent in the Premier League.

As a result, aggregate profit of teams in the top flight fell by £2m to £82m, although 13 teams recorded a profit as opposed to 10 in the previous year.

Adam Bull, a senior consultant at Deloitte, has predicted that wages will rise again in 2013-14, stating: "The pattern in spending on wages following previous increases in broadcast deals, suggests it's likely around 60 per cent or more of the revenue increase in 2013/14 will flow through to wages.

"On that basis, we would expect Premier League total wage costs to reach a new record level of around £2.2bn. However, given the forecast increase in revenue, this would also return the wages to revenue ratio below 70 per cent for the first time since 2009-10."

Dan Jones, a partner at Deloitte, added: "Once again the global appeal of the Premier League has continued to drive commercial revenue growth, particularly at the highest ranked Premier League clubs.

"Matchday revenue also increased by six per cent with fewer unsold seats at Premier League games than ever before."

With top-flight clubs receiving increased payments in 2013-14, boosted by the first year of the Premier League's new broadcast deals, Deloitte estimate that revenue will surpass the £3bn mark.

Teams in the Championship did not fare as well, however, a reduction in revenue of £39m and a rise in wages of £40m led to record operating losses of £241m.

Bull stated: "The 2012-13 wages to revenue ratio for Championship clubs of 106 per cent is the highest ever recorded by an English division and is clearly unsustainable without ongoing owner support.

"The introduction of the Championship Financial Fair Play Rules was widely seen, and advocated by the clubs who voted it in, as a necessary step to change clubs' behaviour.

"The severity of the punishments applied to those who have not complied with the rules in the 2013-14 season and the eventual result of efforts to change the rules, will determine the extent to which they present an effective deterrent to widespread overspending."