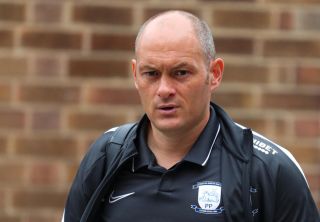 Alex Neil was not too disappointed with how Preston left Middlesbrough with a point on a night when they could have climbed into the Sky Bet Championship’s top two.

The Lilywhites took the lead when Josh Harrop tapped in from close range after Alan Browne’s deflected effort came back off the inside of a post in the 40th minute.

But Middlesbrough levelled things up less than two minutes later when Paddy McNair’s cross from the byline was turned in by Preston defender Darnell Fisher.

But Neil, whose side are unbeaten since mid-August and occupy a play-off spot, will not be losing too much sleep about the draw on Teesside.

He said: “It’s a fair result over the piece. First half we controlled the ball better without being threatening. They retained the ball better than us at the top end of the pitch and they created more chances than us.

“The second half we created probably the best chance, the way that got cut back for Daniel Johnson and he didn’t make contact. I didn’t think either team did enough to win.

“Middlesbrough have good players. They have been a team challenging to get out of this league in recent seasons. It was a hard-fought game. We can play better. I thought it was a fair result.

“We didn’t hold onto the lead until half-time which was disappointing. When you score with five minutes to go you know you have to see that phase out. That is the bits that cost us the match.

“You look at Middlesbrough, they will be gutted to get a point. Our last win here was the first time in 40 years, there is a lid on it, it’s seven unbeaten for us, but I think coming here is not a bad point for us at all.”

Middlesbrough head coach Jonathan Woodgate was satisfied with the improvements his team made following Saturday’s defeat to Sheffield Wednesday.

Nevertheless, Boro remain closer to the relegation zone than the top six after winning just two of their games this season and head to Birmingham on Friday night.

Woodgate felt Middlesbrough, who had chances in the second half to win it, could have secured three points to boost their lowly placing.

He said: “I was pleased with that display. To be honest I thought we deserved the win, we had a lot of the chances.

“I can’t remember a save Darren Randolph had to make, their keeper made a number of saves.

“I’m gutted to not get the three points but it’s a step in the right direction. I’m pleased with the performance and the reaction of the players.

“I thought there were a lot of good performances, Jonny Howson coming back from surgery; Marcus Tavernier and Marcus Browne were really good, Paddy McNair was outstanding, we need to build on that on Friday against Birmingham.

“We have to be solid at the minute. I’m not stupid, I know how football goes. I want to play in a certain way but sometimes you have to play a certain way and tweak things to get results when you need results.

“That’s what management is all about. You can’t always play the perfect game, you need to adjust and if things aren’t going too well you need to stop the rot.”