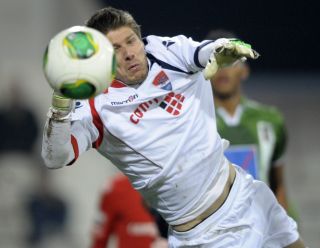 The visitors began the weekend on 11 points, one more than Rio Ave, with both sides sitting just outside the top five.

A goalless draw appeared on the cards as the game entered its closing stages, but Luis Martins struck with 11 minutes left to secure three points for Joao de Deus' men, moving them up to fourth.

Olhanense picked up their second league win of the season at home to newly-promoted Arouca, running out 1-0 winners.

The hosts started the weekend on five points, above the bottom two only on goal difference, but victory lifted them up to 10th as they ended a run of five matches without success.

Federico Dionisi scored the game’s only goal as Olhanense jumped above their opponents, who slipped to 14th.

The day's final match saw strugglers Vitoria Setubal and Belenenses face each other, with the former looking to move out of the bottom two.

Ultimately, the two teams cancelled each other out in a 0-0 draw, keeping Setubal in the relegation zone.

Belenenses, who are now unbeaten in four, sit eighth.