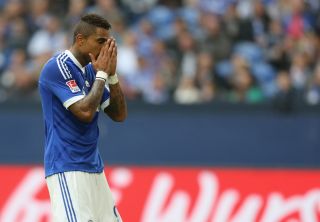 Boateng will remain in Germany during the international break having been forced off during Schalke's 4-1 Bundesliga win over Augsburg on Saturday.

The former Milan midfielder has been in impressive form since his move, scoring four times.

He is scheduled to return to Schalke at the end of next week before a decision is made on whether he can feature against Eintracht Braunschweig.

A statement on Schalke's website confirmed he will undergo "intensive conservative treatment" in order to "improve the state of irritation in Boateng's left knee".

Schalke have lost just once in all competitions since Boateng arrived from San Siro.

Jen Keller's side sit seventh in the Bundesliga and face bottom side Braunschweig at the Eintracht-Stadion on October 19th.