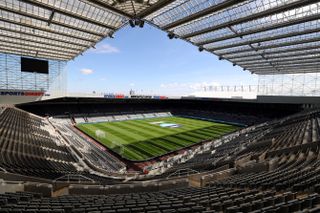 The Saudi-led takeover offer for Newcastle has been withdrawn, with the consortium criticising the “prolonged process” for their decision to walk away.

The Middle East country’s public investment fund (PIF) had been set to take an 80 per cent stake in the Premier League club under the terms of the deal, which was understood to be worth just over £300million.

The proposed deal was criticised by human rights groups, while Saudi Arabia’s links to piracy of sports broadcasting rights were also scrutinised.

However, it is understood the Premier League’s primary concern was that the deal would set a precedent in allowing one of its clubs to effectively be state-funded.

The PIF is a commercial entity, and it is understood it sought on multiple occasions to reassure the league over its independence from the country’s rulers.

It is also understood the PIF learned as far back as April that there were no ‘red flags’ on the deal.

The fund was preparing to invest £250m in the club over five years, and additional money to benefit the wider Newcastle community.

The Premier League declined to comment on the failed takeover.

A statement on behalf of the PIF, along with PCP Capital and RB Sports & Media, who would have each taken a 10 per cent stake, read: “The prolonged process under the current circumstances coupled with global uncertainty has rendered the potential investment no longer commercially viable.

“To that end, we feel a responsibility to the fans to explain the lack of alternatives from an investment perspective.

“Ultimately, during the unforeseeably prolonged process, the commercial agreement between the investment group and the club’s owners expired and our investment thesis could not be sustained, particularly with no clarity as to the circumstances under which the next season will start and the new norms that will arise for matches, training and other activities.

“We feel great compassion for the Newcastle United fans with whom we shared a great commitment to help Newcastle United harness its tremendous potential and build upon its impressive and historic legacy while working closely with the local community.

“We would like to say that we truly appreciated your incredible expressions of support and your patience throughout this process. We are sorry it is not to be.”

The group was assembled by Amanda Staveley, who spearheaded an unsuccessful bid for the club by PCP Capital Partners two years ago and said they are “heartbroken” to be walking away.

Asked if she blamed the Premier League for taking too long, she told The Times: “Of course we do. They had a chance, they say we have not answered all the questions and we have done so. But the other clubs in the Premier League didn’t want it to happen.

“We are so heartbroken for the Newcastle fans as the investment that was going to go into the club, especially with everything happening with Brexit and Covid, would have been so important. This is catastrophic for them.

“It has been going on for so long and the opportunity was there.”

Staveley added: “Do we give up now? I don’t know, there may be a way forward, but we have had to put a statement out. I’m trying to deal with the facts and we had to make a decision today.”

Every Newcastle fan should have their eyes wide open. #SaudiArabia wants the #NUFCTakeover to be their new PR tool for their ‘kingdom of cruelty’ – using the club to #sportswash its abysmal human rights record. Read more 👉 https://t.co/UZRUHsgwiqpic.twitter.com/Z6BDoSadJS— Amnesty UK (@AmnestyUK) April 23, 2020

The league was warned by human rights group Amnesty International that it “risked becoming a patsy” if it allowed the takeover to go through and the organisation called for a change in the rules after the deal broke down.

Peter Frankental, Amnesty UK’s economic affairs programme director, said on Thursday: “This deal was always a blatant attempt by the government of Saudi Arabia to try to sportswash its abysmal human rights record by buying into the passion, prestige and pride of Tyneside football.

“The fact that this sportswashing bid has failed will be seen by human rights defenders in Saudi Arabia as a sign that their suffering has not been entirely overlooked.”

Frankental added: “Looking ahead, there needs to be a rule change to ensure the Premier League’s Owners’ and Directors’ test provides proper scrutiny of the human rights records of those trying to buy into English football, not least when the buyers are governments or government representatives.”

The piracy question has also been a particularly thorny one, although Staveley said it was not an issue with the takeover – albeit it was something they tried to resolve anyway.

The Premier League has repeatedly tried and failed to seek legal redress against illegal broadcaster beoutQ through the Saudi system.

On Wednesday, Saudi Arabia appealed against a World Trade Organisation report which found that it had facilitated the activities of beoutQ.

Saudi authorities also suspended the broadcasting licence of beIN SPORTS earlier this month, which meant there was no legal means to watch Premier League football in the country until 2022 at the earliest.

It is understood Newcastle owner Mike Ashley received a non-refundable £17m deposit as part of the deal earlier this year.