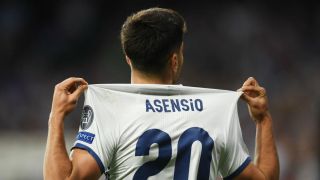 Real Madrid received help from an unusual source to acquire the services of Marco Asensio in 2014, with tennis superstar Rafael Nadal acting as a go-between, Florentino Perez has revealed.

Asensio impressed in his first full season in Mallorca's senior side, attracting the interest of Madrid and Barcelona.

Los Blancos won the race for his signature in December 2014, before loaning him back to Mallorca and then Espanyol.

And Madrid president Florentino Perez has revealed Nadal - a huge fan of the 2016-17 double winners - played a crucial role in convincing the young midfielder to move to the Santiago Bernabeu.

"I called Rafa Nadal and asked him to talk to his uncle [former Barca player] Miguel Angel, who was Mallorca's sports director," Perez told Onda Cero.

"[I told Nadal] to tell him that we wanted to buy him [Asensio].

"He behaved perfectly and we closed the deal quickly."

Asensio has since broken into the Madrid first team and scored the fourth goal in their Champions League final victory over Juventus earlier this month.