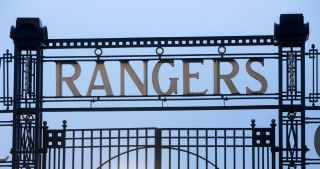 Attempts to force an independent investigation into the Scottish Professional Football League have failed.

The resolution, which was initially proposed by Rangers, drew 13 of the 32 votes needed to pass. There were 27 votes against and two clubs abstained.

Rangers had joined with Hearts and Stranraer to force a general meeting on the back of a controversial and drawn-out vote which ended the lower-league season last month and handed the SPFL board the power to do likewise for the Ladbrokes Premiership.

The resolution got the support of four clubs in the Premiership and one from
the Championship, plus eight in the two lower divisions. Another two teams from the combined ranks of League One and League Two abstained.

SPFL chairman Murdoch MacLennan urged unhappy clubs to move on, while promising to address their concerns at a later date.

“I know those who proposed this resolution will be disappointed, but I trust that everyone involved, on both sides of this argument, will now respect the clear, democratic and decisive result we have seen today and allow our game to move forward together.

“The overwhelming majority of clubs voted to oppose this resolution and it’s now incumbent on all clubs to put their differences aside, otherwise we will all suffer together.

“I have taken careful note of the concerns expressed by the minority of clubs which voted in favour and when we are back to playing football in a safe environment, I will bring clubs together to discuss the lessons learned.

“Every single one of us understands that the Covid-19 pandemic has brought huge challenges for our game, which we must overcome soon if we are to save all 42 clubs and restart the sport we all love.

“That is a daunting prospect in its own right – one of the gravest our sport has faced and it’s no exaggeration to say that it threatens the very existence of many of the SPFL’s clubs if we get it wrong.

“If Scottish football is to survive this, we simply must unite and use the enormous talents, resources and creativity at our collective disposal to rescue our game.

“Time is short. In reality, we must do everything humanly possible to get games back up and running by the end of July.

The recent issues in are damaging to the game as a whole— Jamie Swinney (@JamieSwinney86) May 12, 2020

“We simply cannot afford the distraction of further infighting or legal challenges. I’m sure we can all agree that the quicker we get back to playing football, the better.”

Aberdeen, Partick Thistle and Stenhousemuir had all given the resolution their public backing while Inverness and Falkirk had launched scathing attacks against the league hierarchy in recent days.

Celtic quickly welcomed the result and declared they were satisfied there was “no evidence of any wrongdoing by the board or executive”.

#CelticFC welcomes the decisive vote by @spfl clubs to reject a lawyer-led inquiry into the processes relating to the resolution approved last month with support from the vast majority of clubs.— Celtic Football Club (from 🏡) (@CelticFC) May 12, 2020

A club statement read: “We greatly regret the denigration of named individuals who have, on every occasion, acted upon decisions which were made by the board of the SPFL, representing all 42 clubs.

“The board and executive of the SPFL have operated under circumstances of unique difficulty in dealing with challenges of an unprecedented nature.”

Celtic added: “We now appeal to all clubs to look to the future in the knowledge that the threats which exist to the fabric of Scottish football are grave and unprecedented.

“All of our energies should be applied to planning for the return of the game in season 2020-21 and to the financial survival of all our clubs.”