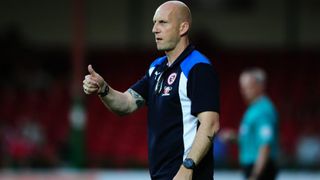 Championship side Reading took their kit launch to - literally - stratospheric heights with a memorable unveiling on Wednesday.

Jaap Stam's side showed off their new home and away shirts for the 2016-17 season suspended from a balloon in the upper reaches of Earth's atmosphere.

The stunt - one giant leap from the more traditional fashion shoot through which most clubs present their latest looks - was broadcast live via the club's official YouTube and social media channels, and took place prior to the open day held at the Madejski Stadium.

"We wanted to take the concept of a kit launch to a new level…128,000 feet in fact! So we sent our strips into the stratosphere," a media release from the club explained.

"Clinging to their coat hangers, the home and away kits embarked on a 135-minute ascent from a top secret location.

"The shirts reached a maximum altitude of 39,084 metres, approximately four times the cruising altitude of most passenger jets!

"The strips then parachuted safely back to Earth to land in a field somewhere between Thetford and Norwich, reaching a top speed of 211 mph on their way back to terra firma!"