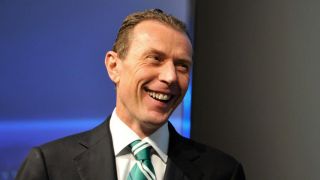 Friday's draw in Nyon pitted the two sides together for the last-eight tie next month, in a repeat of last season's final.

Real won that occasion 4-1 after extra-time, but Atletico have had much the better of the meetings in 2014-15.

In six matches across three competitions, Diego Simeone's side have recorded four wins and two draws - most recently a 4-0 drubbing of Real at the Vicente Calderon last month.

"Atletico are a competitive side and we have faced each other a lot this season and know each other well," Butragueno said.

"They're a side who know how to compete, they let in few goals, are good from dead balls and get the best out of each situation.

"We will see if we can beat them and come back for the draw for the semi-finals."