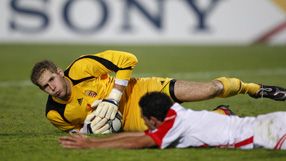 Liverpool manager Kenny Dalglish will have to field third-choice Brad Jones in the all-Merseyside clash at Wembley Stadium because both of his senior keepers are suspended.

But he dismissed talk of a crisis following the 3-2 win at Blackburn Rovers on Tuesday. "We don't have a problem going in with any players, no problem whatsoever," he told reporters.

Kulacsi, a 21-year-old Hungarian who joined Liverpool five years ago but has never made a first team appearance, has spent time on loan at Hereford United, Tranmere Rovers and Hull.

"Goalkeeper Peter Gulacsi is set to be recalled from his loan spell with the Tigers by parent club Liverpool," Hull said on their official Twitter feed on Wednesday.

Liverpool's first choice keeper Spaniard Pepe Reina is suspended after being sent off at Newcastle United in a Premier League game on April 1.

Back-up Alexander Doni, who made his long-awaited debut against Aston Villa on Saturday, is banned after the Brazilian was shown a red card at Blackburn.

Jones, who came on after 26 minutes following Doni's departure, is a 30-year-old Australian international.

However, until his appearance on Tuesday Jones had only played twice for Liverpool in the League Cup and Europa League since joining from Middlesbrough. The last of those two appearances was in December 2010.

He had a mixed night against Rovers.

Jones saved Yakubu's penalty with his first touch but was at fault for conceding another spot-kick from which Yakubu equalised. His blushes were spared when Andy Carroll headed home in stoppage-time to give Liverpool a 3-2 win.

"It was a great first contribution [from Jones] in the Premier League to save a penalty, I am sure he will remember that," said Dalglish.

Jones said the penalty save was in memory of his son Luca, who died from leukaemia in November. His girlfriend gave birth to a son Nico Luca a week ago.