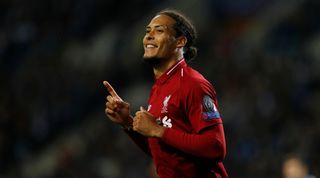 However, the Evening Standard has reported that Van Dijk will be named as the winner after securing the most votes from his fellow professionals.

Sterling and Van Dijk were the clear favourites to clinch the award after excelling during their clubs’ tooth-and-nail fight for the Premier League title.

Van Dijk will succeed Liverpool team-mate Mohamed Salah after the Egyptian won it in 2017/18 with a record-breaking scoring season.

The 27-year-old Dutchman has helped the Anfield club record the best defensive record in the Premier League this year, as well as guiding them to the Champions League semi-finals.