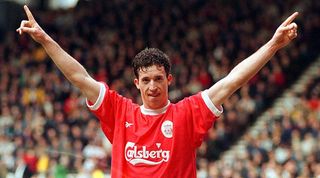 Obviously many fans and footballers, not to mention managers, pundits and journalists, will say the wrong person was named Player of the Year, because only one man can win from a wide field. Many will disagree with the Player of the Year decision.

It’s simple: every side's supporters feel they have at least one strong candidate for inclusion. With 11 winners instead of only one, more teams should be recognised, right? Alas, you can’t please everyone. In 2007, for instance, eventual champions Manchester United led Chelsea by just three points with four games remaining when eight United players made the PFA’s Team of the Year. It's a meritocracy, but even though it’s the players themselves who vote, there will be unsung heroes who remain unsung.

And yet there are some Premier League footballers whose omission from every season’s Team of the Year is more shocking than the PFA naming a 2015/16 Championship XI that had 12 players. This isn’t hindsight, either: these unfortunate souls were obvious Team of the Year candidates at the time.

We’ve picked an Unlucky Losers XI, playing in a time-honoured 4-2-3-1 formation. It’s OK – look at the defensive midfielders and you’ll see they have this covered.

Reina is a paradox. The follicly-challenged goalkeeper has a collection of winners’ medals that he barely earned (in Spain’s three consecutive international tournament triumphs, he played once), yet he was a superb No.1 who could have won more.

To add insult to injury, Reina never made a PFA Team of the Year despite winning the Premier League Golden Glove three years in a row. Even with 57 clean sheets between 2005/06 and 2007/08, Reina lost the popular vote to Newcastle’s Shay Given, then Manchester United’s Edwin van der Sar, then Portsmouth’s David James. The guy couldn't catch a break.

That we’ve had to follow Jose Mourinho and force Essien into the side at right-back shows that the PFA Team of the Year does get it right sometimes – at least in this one position.

Essien, though, is very unfortunate never to have received an end-of-season shoutout. The Ghanaian midfielder was integral to Mourinho’s first Blues side, received several Ballon d’Or nominations and won Chelsea's player-of-the-year award when they finished second in 2006/07.

Manchester United’s 1990s success was built on the solid defensive partnership of Bruce and Gary Pallister, generously nicknamed Dolly and Daisy by United gaffer Alex Ferguson, yet while Pallister played 22 times for England, Bruce was never capped. Similarly, Pallister was picked for the PFA’s top-flight Team of the Year five times – five! – but Bruce, not even once. Harsh.

It’s easy to forget that, when he still had some cartilage in his legs, King was arguably the best centre-back in the Premier League.

Naturally Spurs fans adored their captain, but King was also well-respected by his peers. Thierry Henry said in 2006 that King “will get the ball off you without you even noticing; without making any fouls”. Just 10 yellow cards and zero reds in a 350-game career is testament to that.

Many would argue there was no separating Lee Dixon and Nigel Winterburn in that famous 1990s Arsenal back four. Well, apart from the centre-backs, obviously. They separated them.

While Dixon’s attacking initiative and ability to score incredible own goals probably gave him the edge, Winterburn wasn’t making up the numbers in his 584 Arsenal appearances. Sadly, just as Tony Adams was in four PFA Teams of the Year and Martin Keown none, Winterburn didn’t receive the recognition that Dixon did.

The Spaniard never made a PFA Team of the Year during his five seasons at Anfield. Fortunately, his mantelpiece is pretty full anyway.

There’s no doubt Alonso really hit his straps at Real Madrid, but his calmness in possession and occasional hankering for an outrageous goal didn’t go unnoticed in England – except in the PFA awards, where his Liverpool team-mate Steven Gerrard took the plaudits.

Still, it’s not as if foreign midfielders integral to their team were regularly overlooked...

It's both unsurprising and oddly appropriate that the crucial part Makelele played in Chelsea’s mid-2000s success went unnoticed in the PFA awards each year. Bought from Real Madrid by Claudio Ranieri, the midfielder drove the Blues to consecutive league titles under Jose Mourinho, with his tenacity, tackling and knowledge of the game – and his place in it – giving team-mates the freedom to attack, often under his own direction.

However, the Frenchman was invisible to all except his team-mates (there’s a reason Real Madrid’s players were distraught to see him sold). The greatest trick Makelele ever pulled was to convince the world he didn’t exist. Well, that and reinventing the role of the central midfielder.

Yes, it’s another Chelsea player – yet this one’s a surprise. Zola, with his obvious footballing skill, exciting attacking ability and all-round nice-guy persona, seems like exactly the kind of guy who’d win votes from every player. Apparently not.

The Italian had talent, drive and a winning mentality that helped Chelsea to end their 25-year wait for a trophy and claim four in four seasons, yet that wasn’t enough for him to make one PFA Team of the Year. Intriguingly, the same period saw Roberto Di Matteo, Gus Poyet and Marcel Desailly also miss out. Everybody hates Chelsea, it seems.

Look, if PFA Teams of the Year teach us anything it's that positions in them are... well, flexible. So into our XI comes Overmars, who was criminally overlooked between 1997 and 2000 – particularly in his first season, when Arsenal won the Double. Ryan Giggs beat him on that occasion but not, strangely, in 1998/99 when Manchester United won the Treble. Go figure.

The flying Dutchman was a fearsome force on the left wing for Arsene Wenger's swashbuckling Gunners side, striking 12 goals in the 1997/98 campaign – most notably, in Arsenal's crucial 1-0 win at Old Trafford in March. On the day they won the league against Everton he scored twice; then again in the FA Cup final against Newcastle. An unfortunate victim of early voting, for sure.

Last year, Dele Alli became the fourth footballer to win PFA Young Player of the Year two seasons running. Before him there was Wayne Rooney, who was also named in three Teams of the Season, and Ryan Giggs, who was in six.

And between them there was Robbie Fowler, Young Player of the Year in 1994/95 and 1995/96, yet never considered good enough for the big boys’ XI. With 163 Premier League goals in his career, the first 64 coming before his 21st birthday, he should feel a little hard done by.

“Nobody cares about Hasselbaink!” you say.

“He scored 103 goals in 205 Premier League games for Leeds and Chelsea, then helped Middlesbrough to a UEFA Cup Final,” we say.

As if these omissions weren't bad enough, we have a packed subs bench...

Back when Leeds were good.

Admittedly, he improved in Madrid.

Because the fans can’t vote.

Because his many opponents could.