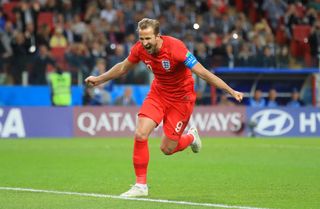 Declan Rice has received his first England call-up just weeks after making the agonising decision to represent the country of his birth rather than the Republic of Ireland.

Here, Press Association Sport takes a look at other players who in recent years have faced a choice between wearing the Three Lions badge or that of another country.

There's no better sight than that for a striker ­¤śŹ pic.twitter.com/TlUZjtPW0uŌĆö Harry Kane (@HKane) March 6, 2019

England captain Kane won the Golden Boot as the highest goalscorer at last summerŌĆÖs World Cup in Russia as he led the nation to the semi-finals. However, things might have been very different for Kane, who qualifies for the Republic of Ireland through his fatherŌĆÖs side of the family with contact having been made before his breakthrough season at Tottenham.

Tottenham defender Dier spent much of his childhood in Portugal after his family emigrated when he was seven, and he took his first steps in senior football with Sporting Lisbon. At one point, Sporting were sounded out by the Portuguese Football Federation, but DierŌĆÖs focus was always England.

When he burst on to the first-team scene as a teenager at Manchester United, Januzaj was a wanted man. Born in Brussels to Kosovar-Albanian parents, he was courted by Belgium, England, Albania, Kosovo, Serbia and Turkey before choosing to commit to the land of his birth.

Crystal Palace forward Zaha represented England at both under-21 and senior levels but, crucially, did not play a competitive senior fixture. As a result, when his native Ivory Coast came calling, he was able to accept their overtures and made his debut in January 2017 in a warm-up fixture ahead of the African Nations Cup.

Bournemouth midfielder Brooks, then a Sheffield United player, was part of the England Young Lions team which won the Toulon Tournament in 2017. However, he qualifies for Wales through his mother and made three friendly appearances before cementing his allegiance in their 4-1 Nations Cup victory over the Republic of Ireland in September last year.

Like Rice, Everton defender Keane had a choice between England and Ireland with his father having left the Republic as a nine-year-old to start a new life across the Irish Sea. Despite representing the Ireland at under-17 and under-19 levels, he chose England when it came to senior international football.

Aston Villa playmaker Grealish was courted just as assiduously as Rice by then Ireland manager Martin OŌĆÖNeill, but ultimately made the same decision as the West Ham midfielder. However, the English-born midfielder, who had represented the Republic at under-age levels, has so far had to make do with a series of under-21 caps.

Manchester United midfielder McTominay held talks with both England boss Gareth Southgate and Scotland counterpart Alex McLeish before pledging himself to the latterŌĆÖs cause. McTominay made his debut in a friendly with Costa Rica in March last year and played his first competitive international against Albania six months later.

Lagos-born Arsenal winger Iwobi grew up in the England set-up and represented the nation at under-16, under-17 and under-18 levels. However after the call-ups dried up, he turned instead to the country of his birth and made his first competitive appearance for Nigeria as a substitute against Egypt in March 2016.