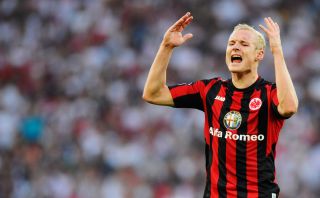 Rode, 23, was one of the key members of an Eintracht side that secured a place in this year's UEFA Europa League with a sixth-placed finish in the Bundesliga last term.

Eintracht have struggled so far this campaign, though, taking just nine points from their opening eight games.

And Rode, who has been linked with moves to Bayern Munich and Arsenal, insists that he will not be renewing his deal at the Commerzbank-Arena.

"I've had three super years at Eintracht, but I've decided to take on a new challenge," he told Bild.

"After this season, it is time."

Rode did not reveal who he will link up with next season, but indicated that his new club will be playing in the UEFA Champions League.

"My goal is to play in the Champions League," he added.

"That's why I chose a club that meets this criterion.

"I want to take the next step, but also know that I have to start from scratch. I'll take the challenge."