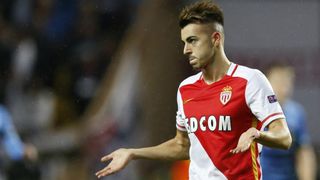 The 23-year-old forward spent the first half of the season on loan at Monaco, but started only seven Ligue 1 games and failed to score in 15 league appearances in total.

Roma boss Luciano Spalletti revealed on Saturday he had spoken to El Shaarawy as the capital club close in on a loan move with an option to buy.

Galliani was asked for an update on the transfer on Monday and he feels a finalised move is imminent.

"It is on the home straight with Roma – we will see if we can close it today," he said.

Galliani also said midfielder Antonio Nocerino was likely to secure a move to MLS, while there is no movement on his efforts to sign River Plate defender Leonel Vangioni in January rather than wait until the close-season.

He added: "Vangioni? At the moment there is no response from River Plate. I think we will give it until July.

"Nocerino is the only player heading out. We are expecting an offer from MLS to arrive and that could be a solution – the transfer window in America closes in May."