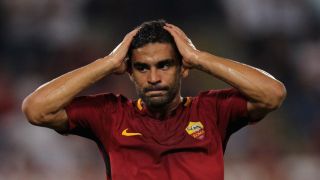 Defrel came on as a 58th-minute substitute for Diego Perotti in Sunday's 1-1 draw at Genoa, and was injured during that fixture.

It has not been stated how much time Defrel will miss, but Roma confirmed via a statement on Monday that he will go through a recovery process.

The statement read: "The club's medical staff have issued the following update on the condition of forward Gregoire Defrel.

"The player will begin the rehabilitation process immediately."

Defrel has yet to score in 10 appearances since joining Roma from Sassuolo in July.

Roma are fourth in Serie A, seven points adrift of leaders Napoli, and next welcome SPAL to Stadio Olimpico on Saturday.