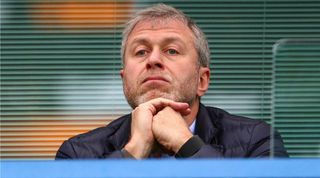 Chelsea owner Roman Abramovich no longer plans to sell the club, according to reports.

Several stories in the last couple of years had suggested that the Russian billionaire had lost interest in the west London outfit that he bought in 2003.

Chelsea have enjoyed huge success under Abramovich, winning five Premier League titles and the Champions League in the last 16 years.

And the Daily Telegraph write that the oligarch has no intention of departing Stamford Bridge any time soon, with his love for the club having been reinvigorated by the arrival of Frank Lampard as manager.

Lampard has done a terrific job since taking charge at Stamford Bridge in the summer, leading Chelsea to third place in the Premier League table while also blooding several members of the club’s productive academy in the first team.

And although Abramovich was open to selling the club following difficulties in renewing his UK visa in 2018, he has now changed his mind and is fully committed to the Blues.

Several consortiums were linked with the west Londoners, including a group from the Middle East that claimed to have held talks with a third party representing Abramovich.

The anonymous consortium said they were quoted £2.5 billion for the Russian’s shares, although a potential deal was complicated by plans to redevelop Stamford Bridge for a total cost of £1.2 billion.

However, the club is no longer on the market thanks in large part to the work Lampard has done since taking charge in the summer.

Chelsea have a healthy 10-point cushion above fifth-placed Arsenal in the race for the Champions League qualification spots.

They will be looking to increase that gap when they travel to the Etihad Stadium to face Manchester City, who are a point and a place behind the Blues after 12 matches, on Saturday.