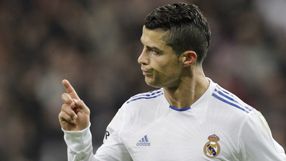 The Portugal forward scored a hat-trick in his side's 5-1 hammering of Athletic Bilbao at the Bernabeu, taking his tally for the season to 14, one ahead of Lionel Messi in the La Liga goalscoring charts.

The Argentine World Player of the Year had netted a hat-trick in Barca's romp over struggling Almeria, but Ronaldo was less than impressed with their efforts when questioned by Spanish television pitchside at the Bernabeu.

"(The 8-0 win) It doesn't tell me anything," Ronaldo said. "Let's see if they score eight against us on Monday."

"I'm pleased to have scored but the most important thing is that the team won. I'm fighting to win the league. The top scorer's award isn't important to me."

Unbeaten Real Madrid travel to face second-placed Barcelona on November 29 with a one-point advantage over the champions.

Barca's victory over Almeria equalled their record away win achieved in 1959, when they won by the same scoreline in Las Palmas, but their coach Pep Guardiola refused to read too much into it with Madrid their next opponents in the league.

"We didn't look to send a warning out to anyone here today," Guardiola told reporters.

"We played to a great level as we have in other games. In the first half (when they scored five) we had the same number of occasions as in other games, and today we put them away."

The victory led to the swift sacking of Almeria coach Juan Manuel Lillo, a good friend of Guardiola's.

"It has been an uncomfortable situation for him and me," Guadiola added.

"I have known him for many years. He's a fantastic person and a great coach. We've just beaten the side with the third best defensive record in the league."