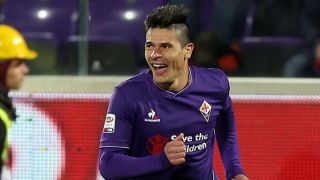 Facundo Roncaglia is set to swap Fiorentina for Celta Vigo, where he will sign a four-year contract.

Argentina international centre-back Roncaglia will become the Celta's third signing ahead of their return to European competition for the first time since 2006-07.

A club statement confirmed the 29-year-old "will arrive in Vigo in the coming days to undertake a medical examination and, if the outcome is successful, sign a four-year contract".

Roncaglia joined Fiorentina from Boca Juniors in 2012 and made 13 appearances in the Europa League.

The defender represented Argentina at the previous two Copa Americas, where they finished as runners-up.