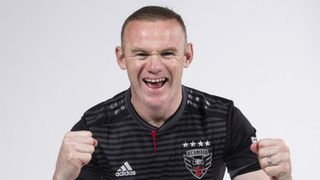 Wayne Rooney's arrival at DC United will have a similar impact on MLS to that of Zlatan Ibrahimovic and David Beckham, says Bruce Arena.

It was confirmed on Thursday that Rooney had joined DC from Everton, agreeing terms on a three-and-a-half-year deal.

Rooney leaves Goodison Park after just one season back with his boyhood club, following a trophy-laden spell at Manchester United that saw him become the club's record scorer.

Now retired from international football at the age of 32, having also become England's most prolific marksman, Rooney is seeking a fresh challenge and former DC, New York Red Bulls and LA Galaxy coach Arena believes the presence of top stars in the MLS will only encourage greater participation at grass roots level.

"He's going to bring people in stadiums throughout the league, so I think Rooney will do great in Major League Soccer," Arena told Omnisport when promoting his new book.

"I think young athletes in any sport look to their stars, they become their idols, they incentivise young players to try to be good and be like them one day.

"So when you bring in the likes of a Ibrahimovic or a Beckham or a Rooney, it inspires young players and it helps grow the sport.

"I think these players being in Major League Soccer has been a real plus, not only for the league but for the growth of soccer in our country.

"He's still young enough at the age of 32 to have a good impact in the league for a number of years.

"And with the right attitude he can certainly be a real boost to not only DC United but the league as well.

"Rooney will be a very good player for DC United. He's a proven goalscorer throughout his career, he can come off the frontline and be a playmaker a little bit, he's got a great work ethic, he's a strong personality and that kind of presence can elevate DC United."

Occupying a designated player spot, Rooney will be officially added to DC's roster when the international transfer window opens on July 10.

Outspoken, honest, and game changing—Bruce Arena’s memoir What’s Wrong with US? is available now wherever books are sold. For more information, visit https://www.harpercollins.com/9780062803948/whats-wrong-with-us/.