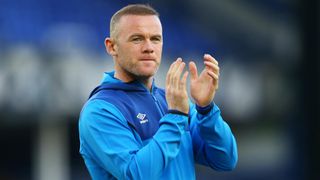 Wayne Rooney is in advanced talks over a transfer from Everton to DC United, claims the Washington Post.

England's record goalscorer has reportedly been speaking with the MLS side for a number of weeks and it is said the club are positive about a deal. DC United have not responded to a request for comment.

Rooney is Everton's top scorer this season with 11 goals in all competitions, but he has not scored in the Premier League since December.

Last month, he was forced to deny a rift with manager Sam Allardyce, who has come in for significant criticism from fans despite guiding the team away from the relegation zone since taking over from Ronald Koeman as manager in November.

On Tuesday, Allardyce insisted it would take "a massive bid" to tempt Everton to sell Rooney, who only rejoined his boyhood club from Manchester United last July.

"Do I want him to stay? Yes," said Allardyce. "There are rumours about Wayne going abroad – in China and America – but at the moment he is an Everton player and an Everton fan."

According to the Post, DC United would have to pay a fee of around £12.5million to sign Rooney, who has one year left on his contract at Goodison Park.

The capital club are said to be planning on making heavy investment in the playing squad during the transfer window, fuelled by prospective income from their new Audi Field stadium, which opens in July.

Mario Balotelli, Carlos Tevez, Javier Hernandez and Andres Iniesta have also been linked with the club.