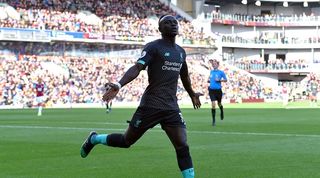 Liverpool have opened talks with Sadio Mane about a contract extension.

The Senegal international's current deal does not expire until 2023, but the Reds are keen to tie him down for even longer.

The former Southampton forward enjoyed a sensational season last time out, scoring 26 goals in all competitions as Jurgen Klopp's side finished second in the Premier League and won the Champions League.

Mane has also made a fine start to this campaign, netting six times in six appearances.

Liverpool want to reward him with an improved contract, although discussions are still at an early stage.

Mane was linked with Real Madrid earlier this year but appears to be happy with life at Anfield.