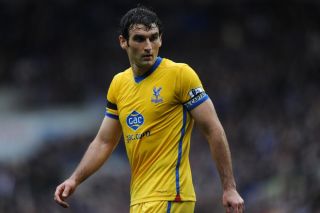 Palace have stormed up the table on the back of a five-match winning streak that has included surprise triumphs over Chelsea and Everton.

The London club now sit 11th and are eyeing a top-half finish, something that seemed inconceivable when manager Tony Pulis took charge in November with the club stuck in the bottom three.

Palace host Manchester City on Sunday and Jedinak says his team-mates are motivated to continue their unbeaten run.

When asked if Palace could relax in their final three games, Jedinak told Palace Player: "No, absolutely not. They're big, big games.

"Two games (home clashes against Manchester City and Liverpool) are on TV and we all know the importance of Fulham, the way that their season has panned out. They'll be needing something in that last game.

"We've got to do what we have been doing. We want to try and keep the run going.

"We've seen ourselves this season, you haven't had many opportunities…to string two (wins) in a row, let alone five, six.

"It's tough enough to win two on the spin at this level, and to do three in a week is great, and to make that five is a step further."

Jedinak – who could captain Australia at this year's FIFA World Cup – hailed the winning run as a "fantastic effort".

The tenacious midfielder, who has played every minute of his club's Premier League campaign, notched his first top-flight goal in their 1-0 win at West Ham last week.