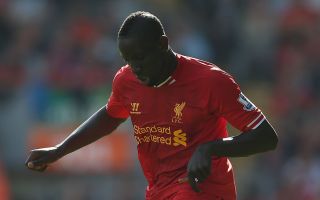 Sakho left PSG for Anfield in September, transferring from the French capital club after falling down the pecking order at the Parc des Princes.

The 23-year-old has since established himself in the Liverpool starting XI and was handed a call-up by France coach Didier Deschamps to play in the friendly against Australia and the FIFA World Cup qualifier with Finland after being left out of their last three games.

And Sakho indicated that the prospect of a return to the national set-up was a big influence in his decision to leave the club that he joined in 2002.

"I had to leave Paris to get back into Les Bleus (France)," Sakho told Le Parisien.

"I wanted to show that I'm still up to it and that, above all, I didn't go because of competition for places.

"At Liverpool there are also very good players in my position. But it's healthy competition. In Paris, it had become more complicated."

Sakho made the jump from the academy to PSG's professional side in 2007.

The centre-back was one of a handful of homegrown players in a team filled with international stars and Sakho felt that his status as a youth product had taken precedence over his on-field talents.

"I could say a lot of things about certain people in Paris, but it wouldn't serve any purpose," he added. "I've put that behind me and closed the door.

"I had seen a lot of things that went against my principles. Before being footballers, we're firstly men. In Paris, I didn't always feel respect.

"I didn't want to feel like a sideshow that is put in one corner to look nice and have the label 'Made in PSG'.

"And I add that I didn't make a financial choice. If I had, I would have waited until January and left on a free, but no-one could buy my joy of playing."