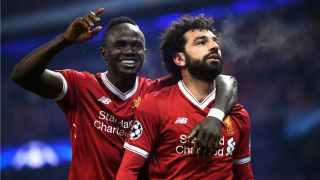 Liverpool manager Jurgen Klopp has confirmed that both Mohamed Salah and Sadio Mane will be joining the team on their pre-season tour of the United States.

The pair are currently on an extended break after representing Egypt and Senegal respectively at the World Cup, with Salah in particular a doubt following after carrying a shoulder injury sustained in the Champions League final.

Speaking to the club's official website, though, Klopp confirmed that they will both appear for the Reds stateside.

"They come back before the tour to America - the 20th, I think," he said. "They had then three [weeks] plus one, two, three days’ holiday. That’s what you need to have.

''They have to do a lot of fitness work in the USA and we will see when they can play or whatever. But that they are back will be really good.”

. and Sadio Mane are scheduled to join up for our tour of the USA this summer.Klopp reveals pre-season plan for duo: July 6, 2018

Liverpool had their first day of pre-season training on Monday, and they play their opening fixture on Saturday at Chester FC.