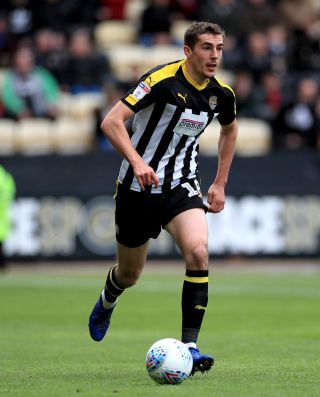 Sam Stubbs goes straight into the Hamilton squad for Saturday’s clash with Kilmarnock after completing a season-long loan move from Middlesbrough.

Mikel Millar also returns to Brian Rice’s side after sitting out last week’s league opener at Ross County with a knock. Scott Martin is back from suspension while Ronan Hughes (concussion) and Brian Easton (ankle) are also set to be involved.

Striker Steven Davies (calf) is progressing well but will not be available for FOYS Stadium showdown, while Kieran McKenna (knee) has joined long-term absentee Ryan Fulton (knee) on the casualty list after limping off against County.

Liam Millar could make his return to the Kilmarnock line-up against Hamilton on Saturday after signing up for another loan stint at Rugby Park.

The Liverpool youngster spent the second half of last season in Ayrshire working under Steve Clarke and is back after holding talks with new boss Angelo Alessio.

The only injury concern for the visitors is youngster Adam Frizzell as he continues his recovery from a broken foot.