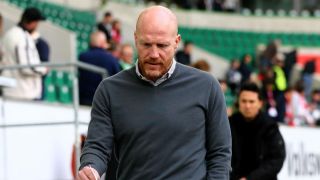 Matthias Sammer has quit his job as Bayern Munich sporting director, three months after being diagnosed with a brain illness.

Sammer has not worked since April due to the health scare, but says he is now fully recovered.

However, the former Germany international does not believe he is capable of fulfilling his duties as effectively as he had before falling ill.

"I feel very good. My health is restored," he said in a statement. "Extensive medical examinations have confirmed this 100 per cent.

"In recent weeks, I have discovered a lot while away from the office.

"I had the opportunity and the time to think about many things - about my family and about my work at Bayern Munich.

"To be sporting director at FC Bayern means working seven days a week, 24 hours a day with all the energy of the club, the team and with the fans.

"These tasks I would not be able to meet at the moment."

Karl-Heinz Rummenigge confirmed that a replacement for Sammer would not be sought immediately. Bayern legend Franz Beckenbauer claimed in April that former president Uli Hoeness could step in after being released from prison for tax evasion.

"The position of Matthias Sammer will not be filled until further notice," Rummenigge said.

"We will divide his responsibilities, as we have done since April, within the existing structure at Bayern."