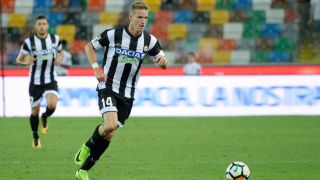 Jankto, 22, made 36 Serie A appearances for the Zebrette last season, scoring four goals from deep.

The Czech Republic international was in Genoa earlier on Friday for his medical, and the club announced on social media that they had completed his transfer.

Jankto had previously been linked with Arsenal, but it now seems he will act as the replacement for Torreira, who is a reported target for Unai Emery in North London.